Home » Building for mission, not monument

Building for mission, not monument 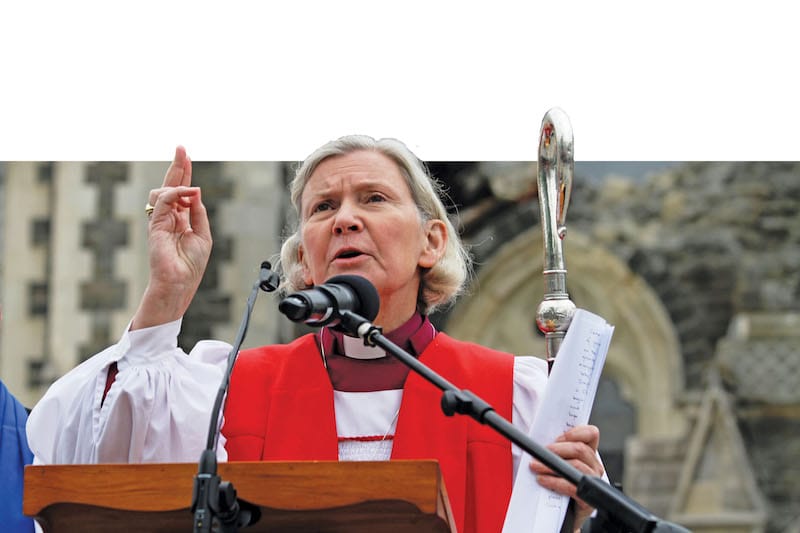 In the wake of a whirlwind consulting tour visiting cathedral-restoration experts in seven different countries, the Rt. Rev. Victoria Matthews, bishop of Christchurch, N.Z., is standing by her decision to take down the collapsing Christchurch Cathedral, despite formidable opposition.

“I was painted as the selfish bishop who wanted to build a whole new cathedral to leave as my legacy,” says this Canadian who became bishop of Christchurch in August 2008. “But the majority in the diocese and the country have supported my decision to put human life ahead of buildings, no matter how historic,” says Matthews. In an interview, Matthews pointed out that 26 diocesan churches need rebuilding after the quakes, “so the last thing on my mind is building a new cathedral.”

Matthews says she was deeply impacted as she watched from a crane while powerful machines delicately moved the huge blocks of stone during the search for human remains after the February 2011 quake. It was the realization that restoration workers’ lives could be lost if they went into the unstable cathedral that lay behind her decision.

“Christchurch is involved in an ongoing seismic event, which means that at any time the earth may move and buildings can come down,” she says. “The cathedral is literally rocking itself to death.”

Her fear is that onsite workers could be killed or injured by another quake during the long process of rebuilding. “We said, ‘That’s not good enough, so we will bring it down,’ but we are trying to salvage as many heritage pieces as we can,” she says.

Until the construction of a new permanent cathedral, the Anglican presence in the heart of Christchurch will be represented by the nearby parish of St. John’s, Latimer Square, a large, conservative evangelical parish that was meeting in a local high school. St. John’s will move into the transitional 700-seat “cardboard cathedral,” built on the site of the old church and scheduled to last 10 years.
On her recent study tour, Matthews visited about 15 modern or recently renovated churches to gather ideas about building, not just for safety and economy but for mission and outreach. Her stops included Barcelona’s famed Sagrada Familia Basilica, Rome’s Jubilee Church, Coventry Cathedral and Christ the Light Cathedral in San Francisco.

Matthews herself escaped the quake with only the clerical clothes on her back. She lost her house, her car and her office. And the diocesan buildings were underinsured by $50 million. “For weeks I ran the diocese on my BlackBerry,” she recalls with a chuckle. “When I heard about a house that still had electricity, I’d knock on the door and say, ‘You don’t know me, but could I come in and recharge my BlackBerry?’ “

Luckily, her beloved Anatolian shepherd, a gentle giant named Jethro, managed to emerge unscathed when the door to her house sprang open during the quake.
Matthews is gratified that many months after the devastation of the quakes, the people of Christchurch are still reaching out and looking out for one another. At a funeral not too long ago, a man asked her how she was doing. When she answered “fine,” he said, “You’ve lost your home, your cathedral and your office. Tell me why you’re fine.”

“Sir,” she said, “I’m alive and at this moment I know the privilege of being alive. I am reminded that life is a gift.”