By Anglican Journal Staff on September 2, 2011 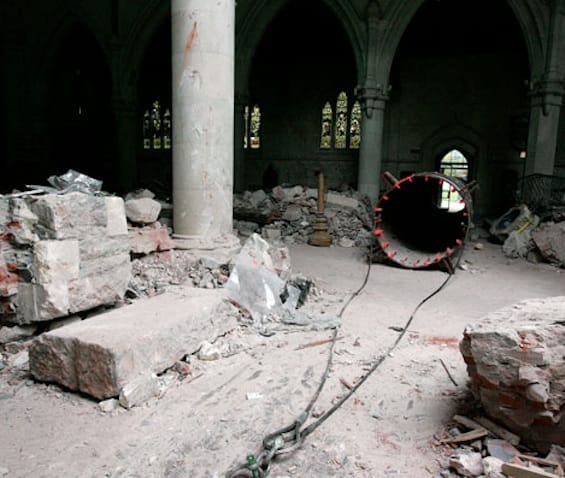 Interior of New Zealand’s Christchurch Cathedral, which suffered major damage from the Feb. 22 earthquake. Photo courtesy of the Diocese of Christchurch

Two largest-of-their-kind companies are helping to get the 13 bells of New Zealand’s Christchurch Cathedral back into top pealing form. The bells will soon be on their way back to the U.K., where they were in cast in 1978 at Taylor’s Bell Foundry in Loughborough, the world’s largest working bell foundry with origins in the 14th century.

Although all 13 survived the February earthquakes, one bell is cracked and will have to be melted down and recast. As for the rest, they will need testing, refurbishing and new wheels and headstocks.

Denmark-based Maersk, the world’s largest shipping-container company, has offered to transport the bells to and from England at no charge. For the moment, the bells are waiting in safe storage, along with the statue of the risen Christ, which stood outside the cathedral’s west doors.

Continuing aftershocks from the quakes and a month of winter rain, snow and ice have further damaged the cathedral.