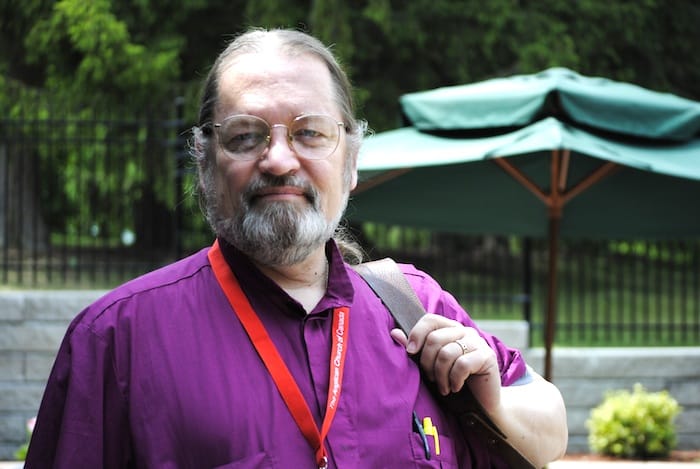 Mississauga, Ont.-At the May 24-27 meeting here of the Council of General Synod (CoGS), National Indigenous Anglican Bishop Mark MacDonald sought to clarify “misperceptions and misunderstandings” about the Mississauga Declaration. “We’re not threatening to leave,” MacDonald told members. “It is a threat to stay.

While some opposition was expected to the declaration–in which indigenous Anglicans express a long-standing desire for self-determination–it was still a painful shock to hear it coming from people “we always felt were supportive,” MacDonald told CoGS.

The goal of The Anglican Council of Indigenous Peoples (ACIP), which presented the Mississauga Declaration to CoGS last fall, is “to give spiritual birth to people,” he explained. It’s not about constructing new buildings, but about having “the freedom to go out and pursue these goals.” The Mississauga Declaration states that indigenous Anglicans must “act now to reaffirm our sovereign identity as the people of the Land and to revive, renew and reclaim the ministries in our communities.”

The high rates of suicide, poverty, addiction and other “pastoral crisis” issues in indigenous Anglican communities can no longer be ignored, according to the ACIP report presented to CoGS. And while General Synod, in both 2007 and 2010, endorsed a self-determining ministry for indigenous Anglicans, the slow pace of implementation has been an ongoing source of frustration.

There is an urgent need for ministry in indigenous communities, where the number of Anglicans is rapidly growing, said MacDonald. “So many people are interested but we have not been able to respond.” The number of indigenous clergy peaked in the 1930s but has been in decline since.

While some have seen progress made by government and churches to address historical wrongs, MacDonald said indigenous Anglicans see disposession from their land, language and culture as “worse than it was 100 years ago.” Seeking spiritual authority doesn’t mean demanding jurisdiction, but respect and acknowledgment of indigenous culture, explained MacDonald. “We’re not asking that our elders be put in charge of dioceses but that they receive the same respect for their authority they get in our communities,” he said.

Indigenous Anglicans have no desire to over-rule existing church boundaries but would like to see recognition and accommodation to its “mostly natural borders of traditional relationships to their territories,” said ACIP in its report. “We have known, from the beginning that we will need to establish a working relationship with every province, diocese and congregation. We are not claiming authority to act without consultation, we are claiming a vision that will need the cooperation of the whole church and cannot be approached by our present structures alone.”

MacDonald sought the support of CoGS to help explain ACIP’s vision. “We need you to help us sell this to others,” he said.

Felix Cote-Gaudreau, youth representative from the ecclesiastical province of Ontario, said he could identify with the experience of indigenous Anglicans since francophone Anglicans in his diocese (Quebec) are living the same reality. “We’re not asking to take over the diocese, just moral and spiritual support,” he said.

Canon Gene Packwood (diocese of Calgary, province of Rupert’s Land) said there was “something prophetic and valuable” in what he was hearing from ACIP. While it’s hard to do away from the bricks and mortars and other institutional systems, “I think it’s something we have to learn,” he said.

Bishop James Cowan, diocese of British Columbia, urged CoGS to ask, “How can we use what is springing up to re-imagine God’s church in this land?”

The idea of becoming spiritual communities will be the focus of the Sacred Circle scheduled Aug. 5 to 12 in Pinawa, Man., said MacDonald.