Home » Anglicans sing their hearts out to benefit military chaplaincy

Anglicans sing their hearts out to benefit military chaplaincy 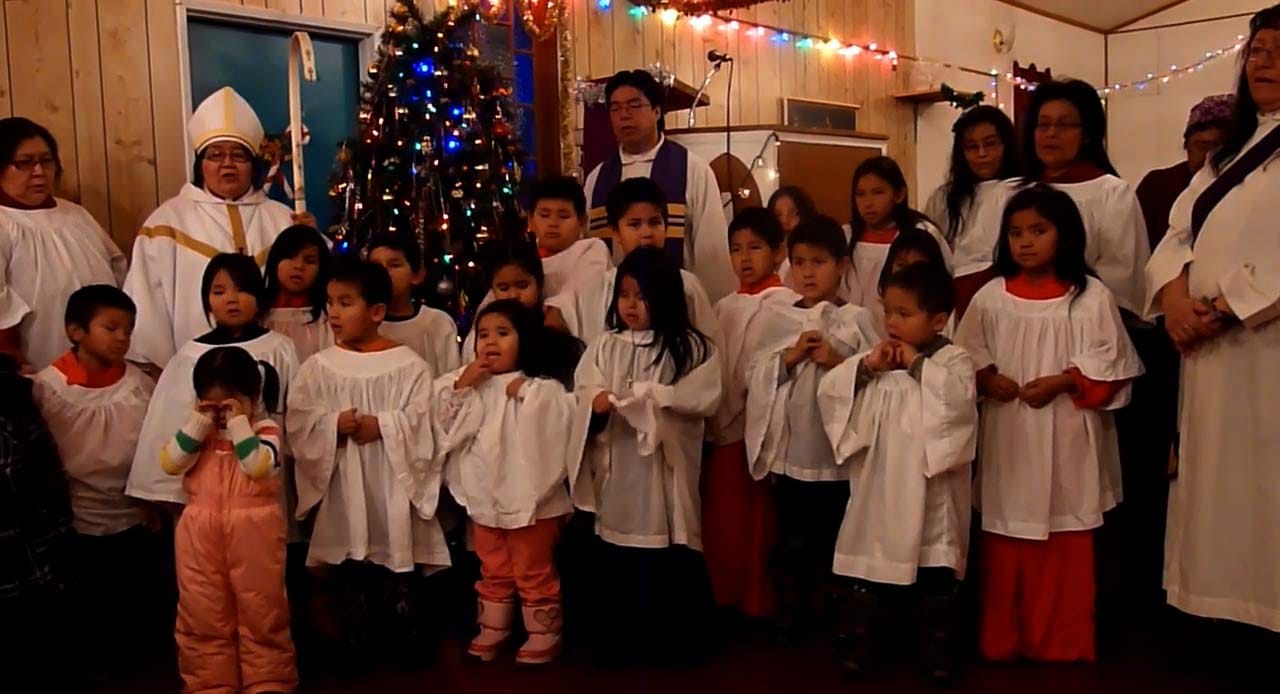 From the peaceful fishing and trapping community of Aklavik, Northwest Territories, to the streets of downtown Vancouver, to war-torn Kandahar, in Afghanistan, Canadian Anglicans have responded to the call to send video recordings of the popular Christmas carol, Silent Night.

By the Dec. 14 deadline, more than 470 submissions had been sent to the Anglican Church of Canada’s national office in Toronto, and more came later, said Brian Bukowski, web manager.

“It’s been amazing,” said Bukowski, who took care of tagging and uploading all the videosonline.

“It’s exciting. It’s great,” added Lisa Barry, producer for Anglican Video, who will be editing the submissions and compiling them into a video that Anglicans can watch on Christmas Eve morning via YouTube, the online video sharing.

The Silent Night Project, launched at General Synod in June, asked Canadian Anglicans to record Silent Night and contribute a toonie ($2) each. Funds will support the Anglican Military Ordinariate, which ministers to the needs of women and men of the Canadian Forces. There are more than 85 Anglican military chaplains, both clerical and lay.

The project has been enthusiastically received because “the idea is simple and people can achieve it,” said Barry. “They also like the cause… A lot of people have expressed that to us.” Bukowski agreed, saying that most Anglicans understand that military chaplains serve not only the soldiers in the military bases, but that every city in the country has a military reserve team.

“I think it [the project] kind of goes into the core of Anglicanism — the idea of common worship, doing common song. It’s everybody singing the same song,” he added. It also gave Anglicans “the opportunity to show their parish outside the four walls of their church.”

Bukowski said he has joked that, after watching and listening to each and every video recording for the last two months, he has gotten sick of Silent Night. In truth, he has enjoyed catching glimpses of Anglican parish life across the country. By watching the videos, one realizes the breadth, depth and diversity of Anglicanism in Canada, he said. It’s urban, it’s rural, it’s non-aboriginal, it’s aboriginal, it’s both aboriginal and non-aboriginal, it’s immigrant, it’s Lutheran and Anglican, it’s big, it’s small, it’s young, it’s senior, it’s both young and senior.

The recordings in the project offer Silent Night renditions in French, English, Japanese, Munsee, Inuktitut, and Cree, among others.

Asked for any favourites among the videos, Barry said that while she thought the one with chaplains rappelling while they sang was fun, she loved the ones with tiny northern communities that are very remote, where Anglicans sang Silent Night in the native languages. “Those pulled my heartstrings,” she said. “It’s so difficult, sometimes, in the north, to feel connected and I’m so excited that they felt moved to do it [sing] as well.”

Bukowski also said that while he loved watching some sleek, well-produced videos of church choirs, he was equally moved by watching those sent in by rural churches, where “there’s just a small group of people and they’re singing out of tune,” but they’re singing with so much heart.

The recordings have been varied and unique. Some show congregations with generally older people surrounded by young people, some of them singing and others, playing. One shows a group of touring Anglicans who visited the birthplace of Fr. Mohr in Salzburg last June, spontaneously breaking out into Silent Night, conducted by well-known choral director and University of Toronto music professor, Lori Dolloff. Another shows Anglican Church Women gathered for a luncheon at Salvage, Nfld. Still, another shows a 12-year-old boy from St. Margaret’s Church in Winnipeg playing the song on the clarinet.

Silent Night was chosen for a variety of reasons. Archbishop Fred Hiltz, primate of the Anglican Church of Canada, felt the song sent a message of peace and hope for the church and the world at Christmas, said Barry. Her group also conducted a lot of research “to ensure that not only was it a song that was well-known in communities in the north, for example, but that it was beloved and translated into most languages.”

The original lyrics of the song, Stille Nacht, were written in 1816 by Joseph Mohr, an Austrian Roman Catholic priest, and set to music by Austrian composer Franz Gruber. It is said to have been translated into over 140 languages.

The Silent Night Project was modelled after the 2008 Amazing Grace Project, where thousands of Anglicans across Canada sang and recorded themselves singing Amazing Grace, to celebrate unity in the church and to raise money for the Council of the North. The project raised about $100,000, now being used for suicide prevention projects in northern Canada.

How much the Silent Night Project has raised will not be known until all the cheques have come in from parishes. What is certain, however, is that it has captured the interest of the media and the public at large – videos have anywhere from 15 to 600 or more views and have become popular on YouTube. “We’ve been number 12 or 13 across the country” in terms of popularity, said Bukowski. The videos have also received a lot of positive feedback on YouTube’s comments section.

Barry said by watching the videos, many Anglicans will see that they’re “part of a wider, larger church, that we’re all connected in our worship, in our hymns, and hopefully, it will also connect the Communion.” The videos have received hits from people watching it from across the globe, which has given Barry some new ideas. “I would love to see the whole Communion take part in something like this. I don’t know how we could do that, but I think if the Anglican Church of Canada led that initiative, that we’ll be connected with Anglicans around the world, singing something together… that would be great,” she said. “It’s kind of my dream right now. I don’t know how it will happen, but I think it will be tremendously exciting.”